me and mr greenaway

The frame is from Island Home Country. The text - a quote from David Tiley at AIDC 08 on Greenaway's plenary at the Conference. I, didn't go, of course. No money and at the beginning of the fifth year of making a film that defies completion....how to explain this rabbit hole I am down? Who would understand? I can't. 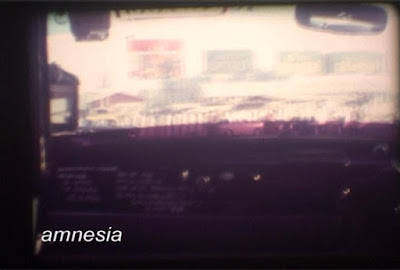 "He is also unimpressed with the documentary tradition, which he calls “false and phony – this desire to tell the truth, the truth is untellable.” We create subjective, individual truths; to assert they are more is “an act of extreme arrogance. I would rather advertise and proselytize myself as a liar in order to be able to tell you the truth of those lies than the opposite way round.”

“I’m duty bound I think as a self conscious filmmaker to always tell you that when you are watching one of my films that you are just watching a film. You are not looking through a window on the world. I’m giving you a film. An extraordinary vocabulary and language which is deeply, deeply artificial.” Peter Greenaway
Posted by jeni thornley at 11:57 PM