"Thank you it is a real pleasure to be here and introduce For Love or Money. 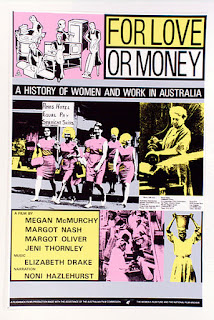 I would like to show my respect and acknowledge the Traditional Custodians of the Land, the Darkinjung, their Elders past and present on which this special Avoca Cinema IWD event is taking place.

Lyndall Ryan  asked if I could say a few words about the making of the film, its purpose as a feminist film and how it stands today... and I hope Lyndall will also say a few words to on how the film fares today!

So firstly I would like to acknowledge my collaborators – Megan McMurchy, Margot Nash, Margot Oliver and Lyndall (who was the historical consultant on the Penguin tie in book); and also Lyndall’s mother Edna Ryan – feminist activist and labour historian who is interviewed in the film, and whose analysis contributes much to the film’s economic analysis of women’s position.

Really, the purpose of the film was to create a visual, moving story about Australian women’s campaigns for wage justice and gender equality – campaigns for a just society, a civil society. 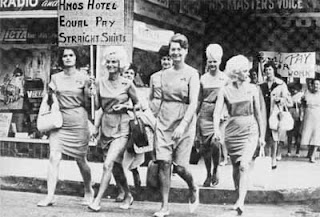 And we also wanted to make a film that interrogated and subverted the representation of women in Australian cinema; in the 70s there were few female film directors. The depiction of women tended to place women in passive, subservient roles. The daily experiences of ‘real women’ in the work place or at home were ignored.

Making the film
Ours was a spirited and long collaborative 7 year process- beginning with the 1978 Women and Labour Conference; the groundbreaking work of feminist historians was tumbling out in print form: books, articles – but there was no film that documented Australian women and work with any historical perspective or economic analysis, or that documented women’s radical activism to achieve, the vote, equal pay, property rights, legal abortion and child care.

We began our work in the archives - National Film and Sound Archive,  and Megan and I saw almost every Australian documentary and feature film produced - and we analysed every film from the perspective of how it represented women- selecting sequences to create the film. Meanwhile Margot Oliver joined us, and with a socialist feminist labour history perspective, starting recording interviews with women across Australia. The impulse was to seek out activist women – like Zelda D’Aprano, Edna Ryan; and many others, like the great Aboriginal activist Pearl Gibbs. 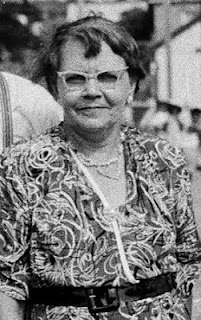 Margot Nash joined us as the film's editor and Elizabeth Drake came on board as composer.

We recorded over 35 interviews, printed off footage from our selected archival film and photographic collections, did extensive manuscript research and wrote many versions of the script! Through all this was raising the budget to make the film. See the end credits and you will get a sense of scale.

And from one spectrum to the other:  In the board room: 5% of CEO’s are women – and in many Aboriginal communities the position of women is totally vulnerable due to both endemic historical racism – white privilege creating exclusionary work place practices; add to that the complexities of domestic violence, poverty – these are basic human rights issues needing urgent attention.

For Love or Money, provides a broad historical and economic analysis, still relevant today – especially our analysis of ‘the double day’ and women’s unpaid work in the home – which we name "the work of loving" in the film. 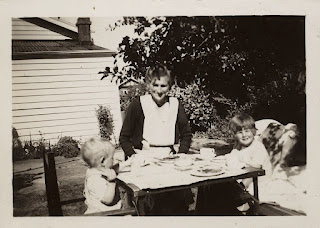 We analyse step by step – the way gender inequality is almost structured into the economic system: psychologically laid down in the family…where violence against women  is born…and we are witnessing this today on an horrific global scale.

I think the film is important, too, because it reminds us that advances we make as women can be fragile. Currently we have a female PM and some terrific women cabinet members.

But a change of government will unfold a different map. Quite a worrying map, in fact- if it happens!

In my view For Love or Money could have a new chapter:  Chapter 5 – to bring it up to the present; I see it as an online collaborative documentary that is open for all women to contribute to – for all of us to tell stories that are relevant today – and to be able to network with each other around our concerns. I see our For Love or Money  facebook page as a stepping stone to this kind of  interactive website; we can all make it relevant to now!"

For Love or Money is available online (pay per view) at Beamafilm and DVD's can be purchased via Ronin Films. Ronin also has a few copies of the For Love or Money Penguin  tie-in book for sale- but hurry! 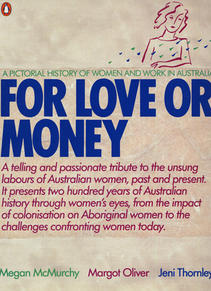 Posted by jeni thornley at 6:14 PM