Sites of Instability and Disturbance


'Remembrance, in the wake of suicide' 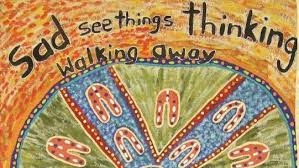 If you haven't read any Deborah Bird Rose (anthropologist, eco-philosopher in environmental humanities) – her recent blog: "Remembrance, in the wake of suicide" is a confronting beginning: she offers her very thoughtful reflections on the disturbances in the ongoing colonising nation called Australia: "Gerry Georgatos, a specialist on Indigenous suicide, describes the problem as a ‘humanitarian crisis’. Also read Bird Rose's ground breaking 2004 book: "Reports from a Wild Country: Ethics for Decolonisation"

One might hope that the tired old (fundamentally racist) 'history wars' argument was a thing of the past, but no! Sydney's 'Daily Telegraph' front page (March 30) headlined: "WHITEWASH: UNSW rewrites the history books to state Cook ‘invaded' Australia...Nutty professors want to Cook the record books".  In another thoughtful essay in The Conversation: "Discovery, settlement or invasion?" Peter Kilroy (Postdoctoral Fellow, King's College London) argues for critical thinking around language: "there is a link between the language you use, the recognition of Indigenous peoples today and the redistribution of wealth, property and power to those peoples. It is not merely about being “politically correct” nor is it restricted to the past".


The other day I read of a new light show art installation by British artist Bruce Munro at Uluru: "Field of Light": the tourist mecca – canapés and champagne while gazing at the wonders of the Red Centre at sunset...meanwhile Rosalie Kunoth-Monks (OAM, 2015 NT person of the year and Arrernte-Alyawarra Elder) says that Aboriginal people living in remote outstation Utopia are starving:


"Utopia represents sixteen remote outstations 260 kms north east of Alice Springs. Rosalie lives in one of the outstations with her daughter Ngarla and grandchildren. Rosalie and Ngarla have reported that the elderly in the communities have not been receiving their regular daily meals as expected through the current aged care program. When meals have arrived they have not been nutritious". 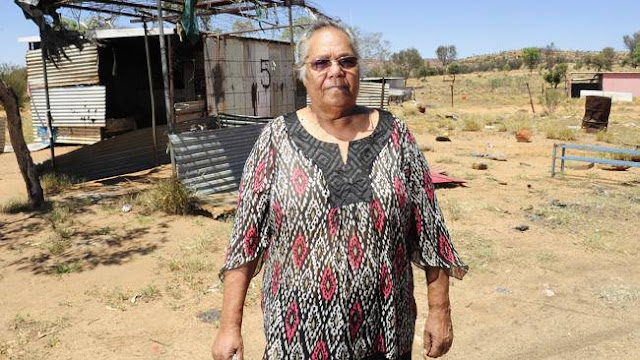 Posted by jeni thornley at 8:40 PM