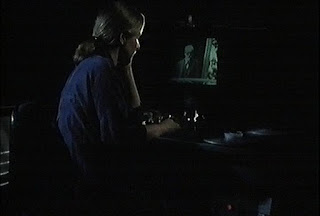 A few years ago I was at a Conference and Michael Renov gave a paper where he spoke about his notion of the 'four fundamental tendencies of documentary' :

1. To record, reveal, or preserve
2. To persuade or promote
3. To analyze or interrogate
4. To express
He then named a 5th tendency - which he called 'the ethical'. I have been searching for further writing by him on this - in order to extend documentary theory into thinking around the site of the web 2 environment and to extend, Adrian Miles essay, 'Blogs: Distributed Documentaries of the Everyday',  Metro.143 (2005): 66-70: a conversation with Renov and André Bonotto and Gabriel de Barcelos Sotomaior, in São Paulo, April 2nd and 8th 2008: What’s at stake for the documentary enterprise? Conversation with Michael Renov.
Also my documentary  Island Home Country (2008), was deeply engaged in a process around ethics, memory and  history and Tasmanian Aboriginal protocols - Renov's conversation around ethics and documentary is relevant to my process with the film. See my doctorate (UTS 2010) Island home country : subversive mourning : working with Aboriginal protocols in a documentary film about colonisation and growing up white in Tasmania: a cine-essay and exegesis.

Posted by jeni thornley at 3:19 PM

Email ThisBlogThis!Share to TwitterShare to FacebookShare to Pinterest
Labels: coming into country the proper way, Indigenous Protocols, psychoanalysis and history