Intertextuality in Margot Nash's 'The Silences'.

Last year Margot Nash invited me to introduce her personal essay film The Silences as part of her farewell seminar program: Stepping into the Unknown - The work and legacy of Margot Nash in the School of Communication, FASS, UTS, December 6-7 2018.

I was happy to participate as a colleague and friend of Margot's and also because The Silences is a very special and tender film. Margot has given much in her teaching at UTS over many decades, so it meant a lot to be part of this significant moment in her life's journey. As well, I am a practitioner of the personal essay film and love this form of film-making. Autobiographical and essay filmmaking were so much part of Issues in Documentary, (a post-graduate unit I taught at UTS during 2002-2013), so I like to keep connected to the genre. Personal documentaries have really flourished in the last few decades with the impact of digital technologies and social media; there is now a significant corpus of texts.

Here are the edited notes to my talk:
"Firstly I am going to contextualise The Silences in its genre or mode and then talk a little about the film itself. The Silences takes it place in the rich and diverse genre of the essay film, the autobiographical film and the personal film. As well, we can place it in the dynamic tradition of women’s and feminist filmmaking which erupted during the 1970s women’s liberation movement – which Margot and I were both so strongly involved. 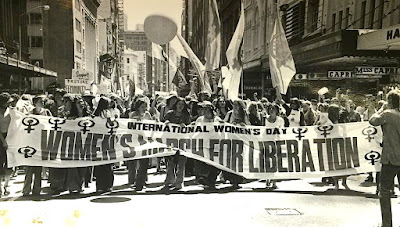 International filmmakers working in these modes were influential on our own filmmaking, too. From the 1950s-1960s French New Wave, with master essayists Agnes Varda and Chris Marker; the New German filmmakers, Helma Sanders-Brahms and her film Germany, Pale Mother and Jutta Bruckner’s film on her mother, Do Right and Fear No-one, to name just a few.


The development of such personal films was extensive over subsequent decades with American filmmakers like Michelle Citron and her film Daughter Rite,  Canadian filmmakers, Anne Claire Poirier with Tu as Crie and Sarah Polley and her film documentary The stories we tell – influencing Margot's thinking around the The Silences.

In Australia, many  women filmmakers have been increasingly drawn to this expressive mode of autobiography – its subjective and personal style allowing for deep introspection, often crossing the borders between fiction and nonfiction, public and private, by using  an array of self- reflexive techniques. These films include my own 1978 film Maidens, along with many other local films.

Essie Coffey’s My Survival as an Aboriginal, Corinne Cantrill’s In this Life’s Body, Mitzi Goldman’s Hatred, Tracy Moffat’s auto-ethnographic Night Cries, Gill Leahy’s My Life without Steve. More recently we have Sophia Turkiewicz’s Once My Mother, Su Goldfish’s  The Last Goldfish, and Jane Castle’s documentary (currently in post production) about her filmmaker mother Lilias Fraser, When the Cameras Stopped Rolling; and not to forget, William Yang’s unique autobiographical performance and film works, Sadness, in particular. 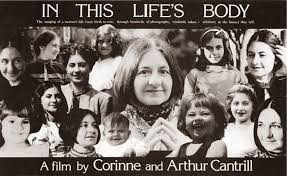 The Silences enters this corpus of innovative films and shares, too, many of their textual strategies–piercing into the heart of repression – the filmmaker peeling back layers one by one – to gaze directly into the mirror of self, family and society.  Frequently, in these films, there is a personal, subjective narration – the “I” voice. And often they are inter-textual, drawing on film and photographic sources from the filmmaker’s personal archive and film work.

Agnes Varda’s Beaches of Agnes and Sophia Turkiewicz’s Once my Mother are distinctive inter-textual films, as is The Silences. In The Silences Margot draws on her own family photographs and skilfully weaves scenes from her previous films, such as Vacant Possession, and takes, if you like, a second look at these texts, in the context of her family and its secrets. 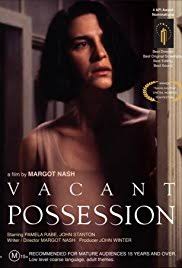 We, the viewers, might now experience the original text on a deeper layer, looking back along with the filmmaker’s probing, self reflexive, gaze. This inter-textuality reveals, as Margot writes (quote) “the psychological context in which the earlier films were produced, allowing the viewer to understand the relationship of creativity to experience”.

I also suggest that this intertextuality – because it involves juxtaposing excerpts from fictional films into the documentary mode – produces what documentary theorist Stella Bruzzi refers to (quoting Vivian Sobchack) as “the charge of the real”. Now we read fiction as documentary evidence of family trauma – such fleshy bodies – viewer, filmmaker and persons filmed – all joined together; this affect is striking in its intensity.

Susan Sontag, when writing about Hans Syberberg’s monumental film, Our Hitler, a Film from Germany, refers to Syberberg’s process as undertaking “the work of mourning”, after Freud’s famous essay Mourning and Melancholia (1917).

Here Syberberg develops an aesthetics of repetition and recycling. It takes time to work through grief, argues Sontag – a process of remembering, repeating and working through (Freud, 1914)

In The Silences we sense this aesthetics at work too; certain key images in family photographs are examined and re-examined for clues – the clues reverberating into the excerpts from Margot’s archive of constructed dramatic films.

Sontag’s reflection on duration is also relevant to Margot’s way of working. The Silences was self financed and produced over some years, outside any traditional film financing organisations and linked creatively alongside Margot’s UTS affiliation and several artist/filmmaker residencies, both local and international. The film is really made in the spirit of independence – free from the so often formulaic expectations that the state financing bureaucracies and broadcasters impose. As well, it requires a lot of trust and stamina to work in this way; and so often films produced like this really do have a unique quality.

The introspective autobiographical essay form, which women filmmakers seem particularly drawn to, also offers what scholar Frances Lionnet calls a ‘space of possibility’:  a space to reflect, to consider anew. Here the filmmaker sees her own personal history implicated in larger social processes – marking a dynamic shift where she becomes the agent of transformation.

The intention and capacity to look directly into the trauma of the family is served well by the personal essay form, too. The very definition of essay is “to try”, to weigh up, and in a film like The Silences this reflective and reflexive process forms Margot’s inner landscape. This is an intimate journey into Margot’s family history and we move with her to a deeper understanding of the silences buried deep beneath the surfaces of family life.

Documentary film theorist, Bill Nichols, in dialogue with the home movie essayist Peter Forgács said,  "I experience your films as a gift, an unexpected act of generosity or love..." And I feel that too about The Silences. We are really privileged tonight to join with Margot on this journey and to watch the film with her here! Thankyou."

Ronin Films  is the distributor. You can stream the film via their site or buy the DVD from them.  https://www.roninfilms.com.au/feature/13428/silences.html

Posted by jeni thornley at 8:14 PM